Make a fabulous team development presentation with tuckman's team development model. Unless you have appropriate and skilled team members, it may difficult to meet your requirements. Business and organization growth depends on the abilities to cope with the team and situation. This tuckman's team development model PowerPoint illustrates four inevitable steps that allow growth to a team. The concept is propounded by Bruce Tuckman in 1965, it aims to produce solutions to a problem that can arise in a team and allows the groups to grow. The tuckman's structure is a combination of psychology, personality and management concepts. His theory and model involves four stages; forming, storming, norming and performing. When the members in a group meet and decide on their task and assign responsibilities and duties, that stage is called Forming. Storming is the next stage where minor disputes and clashes occur within the group; if not resolves sooner the group dies instantly. Groups that survive this clash grow stronger and develop an intimacy and work responsibly towards the goal in the norming stage and lastly when they achieve success through all their hard work, that stage is called Performing. The tuckman's team development model template is designed in both powerpoint and keynote in both the aspect ratio 4:3(Normal) and 16:9 (widescreen)

The tuckman's team development model for PowerPoint presentation can be used to showcase a group and the duties and responsibilities the group undertakes. Members that emerged from Storming have developed intimacy and common responsibility towards goals; they are now standing in the norming stage. The tuckman's team development model is designed with four circles in an ascending layout. In the bottom circle, presenter can display the theory of forming, and illustrate the other three elements in the consecutive circles. The PowerPoint clipart is ideal for the tuckman's model. For example, the shaking hand is a symbol of harmony and deal; users can use this circle to describe the ‘performing’ stage of Tuckman framework.

Tuckman's team development model PowerPoint template allows customization. Users can modify the visual appeals by changing the color and shape of the diagram. We have more management concepts and theory templates like Pareto principle 80-20 rule and abells model that can be used for professional and scientific presentations.

You must be logged in to download this file.
FacebookTwitterRedditLinkedInPinterest
Categories:
Business ModelsDiagramsKeynote TemplatesPowerPoint TemplatesProcess Flow Diagrams 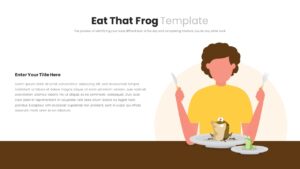