The free air force presentation template covers the nation’s interest in fighting against threats and intruders. The military presentation deck focuses on the air force as one of the most important defense forces to protect the country and its people. The air force template contains high-definition pictures, icons, and shapes to represent concepts visually. When other states intervene in the sovereignty of a country, then the air force acts. The air force PowerPoint template is a multifunctional PowerPoint presentation. Suppose you deal with arms and ammunition or heavy war vehicles such as tanks and fighter planes. In that case, you can use the template as a business introduction template using military images and designs. Even you can do a sales presentation with this editable ppt template. This slide also contains multiple content designs, a set of infographics related to military equipment, and bullet list formats to use in various presentations.

The air force powerpoint template comprises air fighter jets, big jumbo flights, missile carriers, cargo helicopters, dragonflies, and most modern fighter flight infographics. In addition, it contains a set of content slides for the company profile presentation. Apart from air force presentations, it allows fighter jet companies to create sales powerpoint presentations associated with their new arrivals. So, the template has many uses in the aerospace industry. For example, the white background business presentation slide tinted many colors on the surface to create a different look. 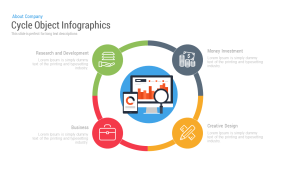