How do opposite yet complementary forces act to sustain the whole system while working interdependently? This Yin Yang PowerPoint Template tells about energy integration to maintain social or economic order. In Chinese culture, everything contains Ying and Yang, opposite or complementary. For example, feminine and masculine are the two opposing concepts. However, when it integrates, the succession of humankind is continuous. They are never separate entities that are Ying and Yang cannot exist without other.

The Ying and Yang template for PowerPoint presentation is perfect for showing the interdepends of two elements. So, it reveals the relationship between two phenomena, even if it is opposing units. The presenters can use it as a Venn diagram to display inseparable elements. The Ying and Yang are balanced but separate. Sometimes, Ying becomes Yang and vice versa. If you are explaining Macro-level theories Ying and Yang template would be the best choice to give the symbolic presentation. Even opposites and conflict ideologies act interdependently, which may cause society prosperity. 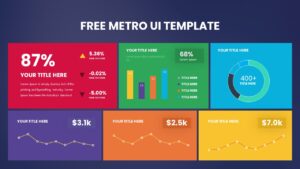