Ipad app mockup PowerPoint template and keynote slide are crafted for exclusive presentation related to ipads special features. The editable iPad mockup PowerPoint is used to show the comparison between ipad and other similar devices. The simple PowerPoint template is created with four topic placeholders and one descriptive text zone. The tablet PowerPoint mockup shows are common in the technology field. The general purpose business PowerPoint template is useful for ipad distributors and manufacturing companies. It is complemented with image vectors, PowerPoint charts, and text areas. The PowerPoint has flexible theme options, letting the users repurpose the slides. The users can whether use it to share a business strategy or customize it into a business process presentation.

The iPad Application Mockup PowerPoint template and Keynote are one of the useful diagrams rather visual representations for growing the business. The iPad mockup template allows you to sketch the user interface using the PowerPoint or the keynote template but without having to draw each element manually. The entire elements are actually hand-drawn shapes that are created from scratch in the Keynote template and PowerPoint. Along with that, it can be edited as well as customized openly without requiring the additional design tools.

Basically, when your mockups look like the basic and simple hand-drawn screens, this is quite easier to gain the ultimate feedback on the structure and layout. Using the Keynote template and PowerPoint the iPad Application Mockup is easy to make. You do not have to put some extra effort to create this design. Creating the PowerPoint and Keynote drawings and sketches is quite better than just drawing manually. You are also allowed to recreate as well as modify them effortlessly without redrawing them from scratch. This is the advantage of this template and software. This is completely editable and customizable, and you can use it for creating any designs, and it is accessible in both template and PowerPoint format.

You must be logged in to download this file.
FacebookTwitterRedditLinkedInPinterest
Categories:
Keynote TemplatesMock UpPowerPoint Templates
Tags:
Mobile App 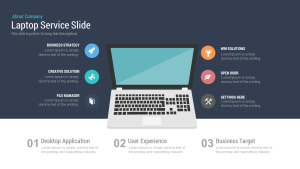