Ego states templates show the animated images that symbolize Eric Berne's concept of ego states in Transactional Analysis. This psychology presentation slide mainly focuses on responses to human behavior when confronting a situation. In transactional Analysis, Berne divided our personality into three models, i.e., the parent ego model, adult ego model, and child ego model. Further, he says there are two basic models of ego states that break down as structural and functional models. Here, the simple cartoon PowerPoint sketches symbolically display the structural ego states as a graphical illustration. Transactional Analysis is a popular theoretical framework that exposes how personality and behavior molding by individuals.

The Ego states template explains human behavior and shows the interaction patterns of parents, adults, and children in many situations.

Parent ego state: behaviors, feelings, and thoughts are borrowed from parents or the persons who are significant others to the actor. This learned behavior often comes out from adults and children. The significant others not only be biological relatives but also influence persons who have had relationships in childhood—for example, heroes, teachers, or priests.

Adult ego state: as adults are more rational than those aged and below-aged, adult ego shows logical and sensible behavior. It is based on now and then reality. This type of ego develops after the age of 10 months.

Child ego state: it means a person is not acting childish. But we often show some traits of what we did in our childhood. For example, when an adult confronts hard situations, he might be able to transform his behavior at childhood levels, such as replacing logic with anger, frustration, and rejection.

The Ego states template is theoretically based on the concept of Freud’s Id, Ego, and Superego. But Eric Berne emphasizes measurable behavior traits rather than covert behavior. Psychologists and counselors can use the infographic ego states template for describing different sets of personalities in Transactional Analysis. Also try out our other mind-model templates. 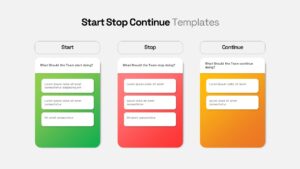