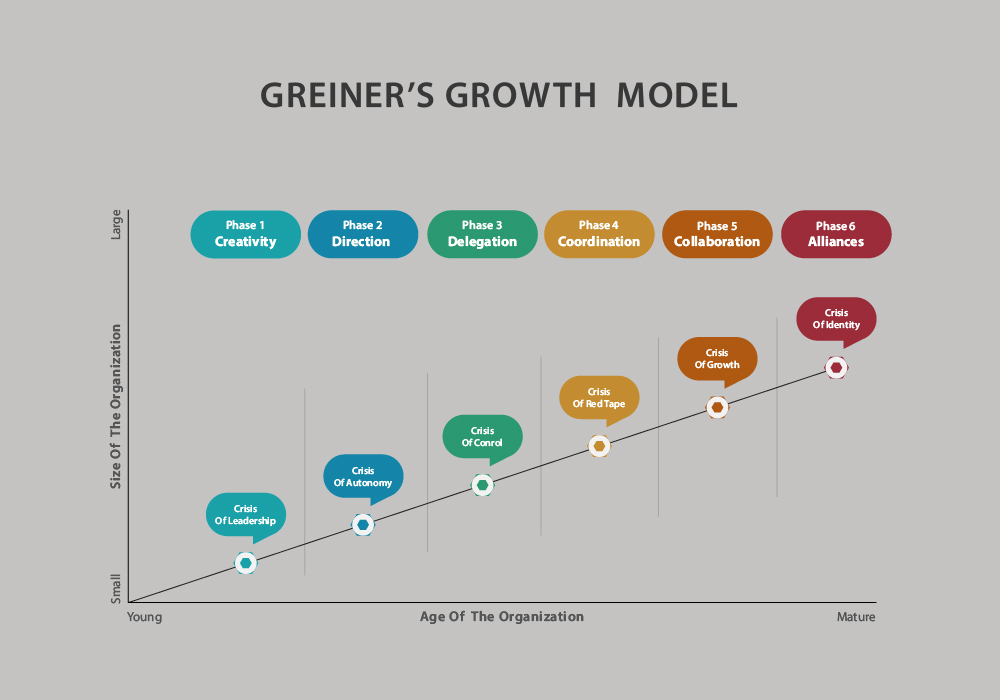 Greiner’s growth model is discussing the crisis management strategies that should be applied to five stages of growth. In his opinion, the crisis is an inherent element when an organization moves from one stage to another. Each stage will confront a particular issue that should be solved before moving to the next stage. Greiner’s five-stage of growth includes the creativity stage, direction stage, delegation stage coordination stage and collaboration stage. The crisis would arrive as leadership crisis, autonomy crisis, control crisis, red tape crisis, and growth crisis respectively. Within each stage and each emergency, the organization has to go through particular learning and change process. You cannot return back to the previous phase if you fail to handle the existing growth phase. In this article, we explain the evolutionary and revolutionary components of Greiner’s growth model.

Crisis is inherent that also coming together with all growing phases. All the objects, either organic or inorganic remain as simple as in the early stages, when it grows, the complexity will come into forth. This complexity is the cradle of crisis. Companies’ growth occurs through different phases of development, each phase needs systematic management to handle the crisis that would be emerged as a part of growth.

Larry Greiner developed his organizational growth model and circulated an article entitled “Evolution and Revolution as Organizations Grow” in the Harvard Business Review in 1972. His theory is based on the belief that organization’s go through a series of stages at the end of which there is a crisis. The crucial task management initiatives in each revolutionary period are to find a new set of managerial practices that will become the basis for handling the next period of evolutionary growth. Excitingly enough, those new practices ultimately sow the seeds of their own deterioration and lead to another period of revolution.

According to Greiner, a company passes through “five phases of growth”. Each of these phases has a dominant management approach which ultimately becomes ineffective, leading the company into a period of crisis. The faster a company grows, the shorter the phase of growth. As the company compacts with its crisis, it moves into a new phase and carries on growing. It is important to note that each phase is at once a result of the preceding phase and a cause for the next phase. Within each stage and each emergency, the organization has to go through particular processes of learning and change. You cannot return back to the previous phase if you fail to handle the existing growth phase. For example, a company suffering an autonomy crisis in Phase 2 cannot return to directive management for a solution; it must embrace a new style—delegation—in order to move forward. 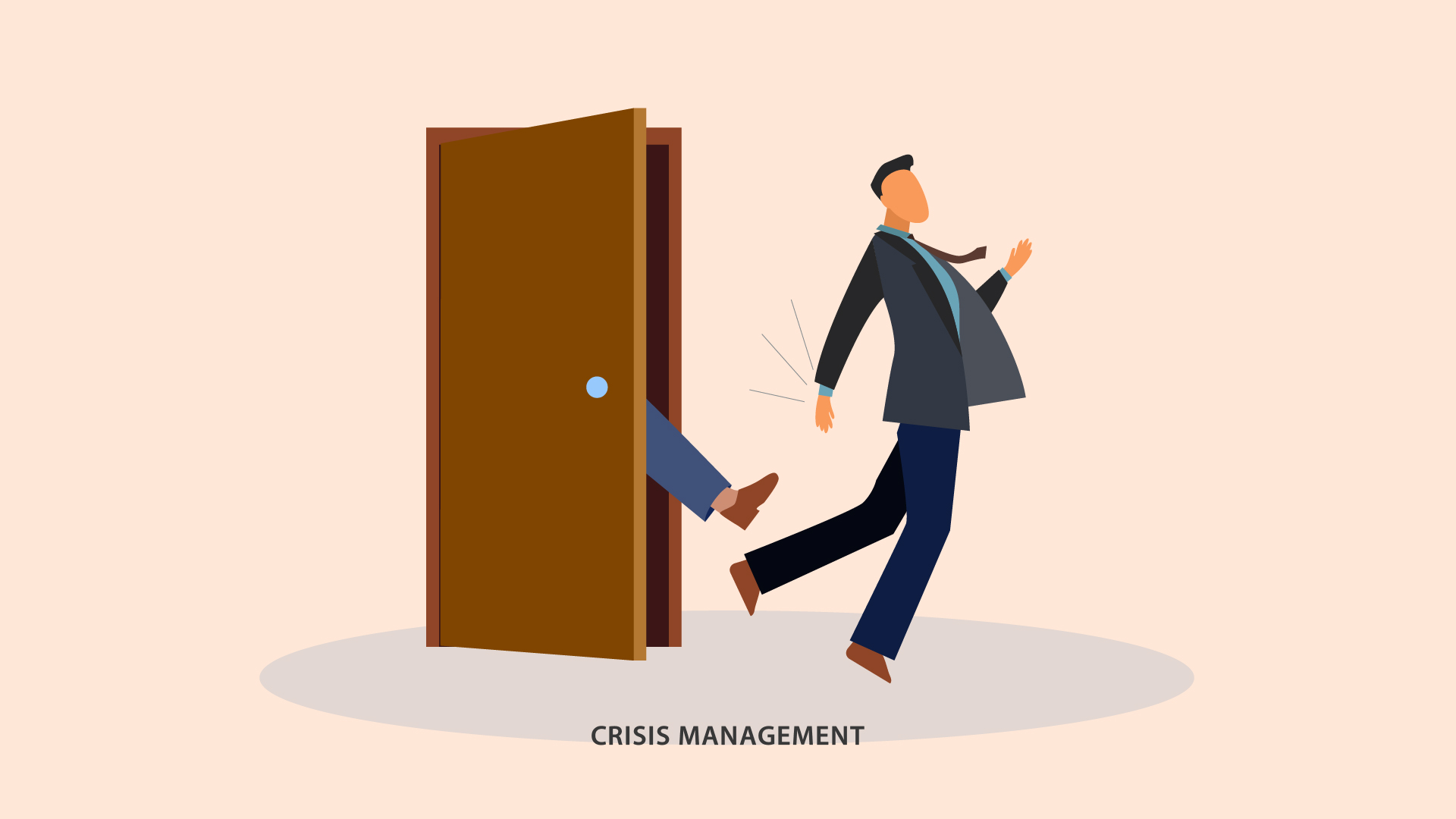 During the first stage, every company usually engaged in creating both a product and market. Innovation is natural and people do whatever is required to make things work. At this stage, the number of employees in the company is very few. They know each other well and share their knowledge, experience, and information. All applicable issues are discussed among all people. This is the typical creative start-up culture. Decisions are having taken on the basis of customer feedback, and management acts as customers react.

Creative actions are necessary for a company to get off the situation. But as the company develops, those very activities become the problem. At this point, a crisis of leadership arises, which is the onset of the first revolution. Who will lead the company out of muddle and crack the managerial problems confronting it? From here onwards, a company needed a strong and skilful manager; he/she should be able to deal with new business problems and should introduce new business techniques. The leadership crisis is the foremost problem had been confronting in this stage because the founder and the initial employees may be unsuited to cope with the problems.

At this phase, the company is able to direct certain issues, responsibilities, task to certain people. Usually, directives and management are highly centralized at this phase. During this stage, a lot of changes would come into force, such as functional organizational structure will be introduced, and job assignments become increasingly specialized. Besides, Accounting systems for inventory and purchasing are introduced, Incentives, budgets, and work standards are adopted, and lower-level supervisors are considered more as functional experts than as autonomous decision-making managers. They are responsible for assigning tasks, controlling results, and acquiring work. They eventually become inappropriate for directing a more diverse and complex organization. 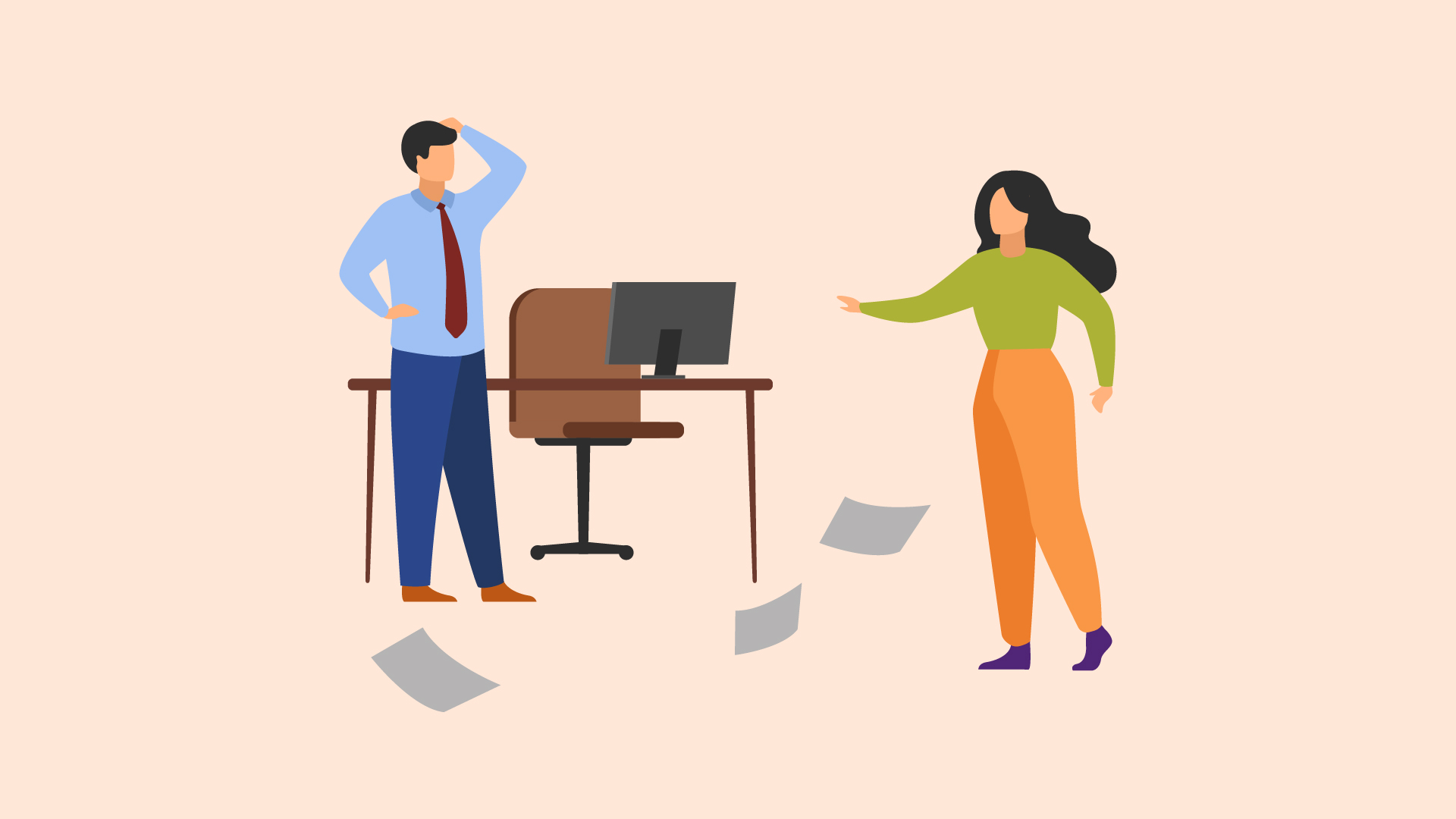 Here onwards, a crisis of autonomy will emerge. The solution takes on by most companies is to move toward more delegation. Yet it is challenging for top-level managers who formerly were successful at being directive to give up responsibility to lower-level managers. Furthermore, the lower-level managers are not familiar with making decisions for themselves. As a result, several companies’ founders during this ground-breaking period by following centralized methods, while lower-level staffs become disappointed and leave the organization. The question arises of how to give freedom to choose decisions may depend on the authoritative structure of a company. So a well-defined hierarchy could able to give a solution to the autonomy crisis emerging out from the directive phase.

Management delegates some responsibilities, tasks, functions and authorities to other people in the company. Departments emerge and develop their own dynamics. At this phase, the response to the autonomy crisis is dealt with a work breakdown structure, where individuals and departments are enjoyed with greater autonomy under delegation. This is the phase of decentralization. The main features include: greater responsibility is given to the managers of plants and market zones, Communication from the top is occasional and usually occurs by correspondence, telephone, or brief visits to field locations, Profit centres and bonuses are used to motivate employees etc.

During this stage, crisis occurs in the form of “ego”, as top-level executives feel that they are losing control over a highly diversified field operation. The crisis of control is the result of the delegation stage. If management now miscarries to control the activities of these departments, they would start to grip tasks more from their own view than with the whole business in mind. At this stage, departments would work against each other. The delegation phase brings a new period of growth, but freedom eventually breeds a narrow-minded attitude.

As a response to the crisis of control, the company put additional effort into reporting up and communication in all directions. Assignments and tasks are coordinated between all parts and departments of the company so that they are well in tune with each other. As a result, Decentralized units are combined into product groups; Formal planning procedures are established and vigorously reviewed, certain technical functions, such as data processing, are centralized at headquarters, while daily operating decisions remain regionalized. All these new coordination systems prove valuable for realizing growth through the more efficient distribution of a company’s limited resources.

This coordination would lead to the crisis of red tape. The many systems and programs introduced begin to exceed their efficacy. A red-tape crisis is in full smack. Line managers, for example, gradually feel bitter about the direction from those who are not familiar with local conditions. And work people, for their part, complain about obstinate and uninformed line managers. The company lacks its productivity; whereas each group criticizes the bureaucratic system and eventually innovation dims. 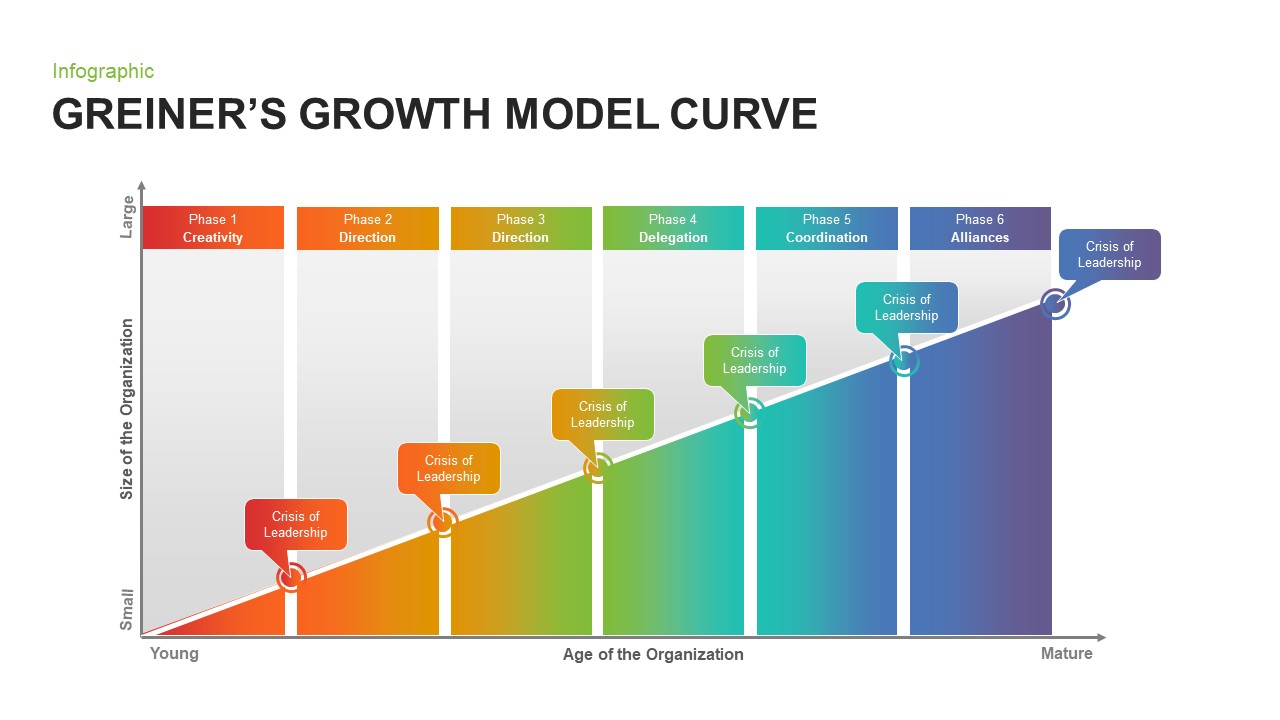 At this last stage, Bureaucracy is simplified and trust is reconstructed with a greater focus on common organizational goals. Structures may be applied to connect people in multiple dimensions, such as the use of matrix management. The co-operation between all parts of the company is so well systematized that they really can work together commendably in whatever situation. This collaboration phase is emphasized on spontaneity and teamwork in management action. The key features are including quick problem-solving mechanism, team combination, interdisciplinary approaches to solve crisis etc.

During this stage (many large companies in the US now passing through this 5th phase) is confronting the question “what is next”. Growth crisis may be the revolution of this phase. This phase is the “question mark phase” next crisis might be waiting on the road.

Greiner’s growth model suggests change can be smooth or it can be punctuated by crisis and struggle. It also studies crisis is inherent in each stage and proper management tools and knowledge may enable you to control and manage the crisis through creative innovations. Within each stage, the organizational design is initially suitable for the company size and context. As growth continues, the design becomes cumbersome and the very factors that at first made it suitable now lead to a crisis that causes the redesign and transition to the next phase.

Here are some other articles we think you may like: